Get fresh music recommendations delivered to your inbox every Friday.

Live at the Center

by Jeff Kelly and the Graveyard Shift 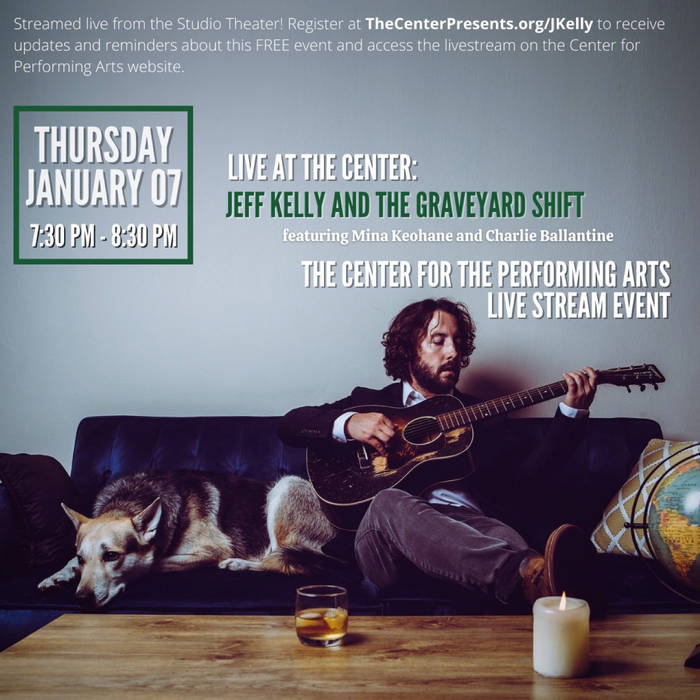 This a live performance album from a January 7th livestream event at the Center for the Performing Arts series 'Live at the Center'.

Originally from Massachusetts, Kelly made a slow migration to the Midwest, living in Rochester, New York for several years, before settling in Indianapolis, Indiana at the end of 2009. In the absence of family and people he knew, Kelly took up the guitar shortly thereafter, if only to keep him company. He's been writing and performing ever since. ... more

Bandcamp Daily  your guide to the world of Bandcamp