Jeff Kelly and the Graveyard Shift

by Jeff Kelly and the Graveyard Shift 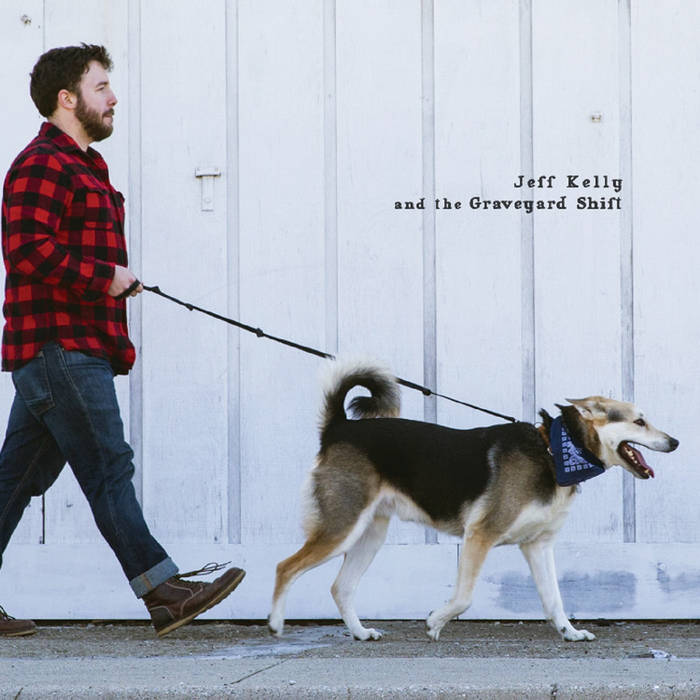 Originally from Massachusetts, Kelly made a slow migration to the Midwest, living in Rochester, New York for several years, before settling in Indianapolis, Indiana at the end of 2009. In the absence of family and people he knew, Kelly took up the guitar shortly thereafter, if only to keep him company. He's been writing and performing ever since. ... more

Track Name: Built That Way
Life's been good to me
Even through the bad
I see through the trees
We're all built that way
We all have our good times

I love the dark
That's when I notice the light

I love the dark
That's when I notice the light

We were young
Small thoughts in ever growing minds
Sleep in the warmth that each other provides
Rest easy in blankets of white
Alone with my loved one
Tonight
Track Name: Butcher
I've seen the butcher cry for the calf
But that don't pay the bills so he takes the meat and puts it on racks
and the thing of it is, life is never as funny as it seems
But life is worth living when you're out there chasing dreams

I've seen the woman cry with her heart on the floor
I've seen her pick up the parts and it's hard when you're alone
and the thing of it is, life is never as funny as it seems
So she's out there growing callous to the next man in her life that she meets.

I've seen the butcher cry for the calf
But that don't pay the bills so he takes the meat and puts it on racks
Track Name: Rich Man for a Day
I woke up on the wrong side of the bed today
Still strung out from the night before
Bags under my eyes tell the story of down and out
Life can't get any better, life can't get any worse
So I'm told, so I'm told

I live in a tiny place a one room space
With neon lights ablaze outside my dusty window panes
Lanlord is asking for the last month's rent
Kinda hard to pay when you don't make a decent wage
So I'm told, so I'm told

I was cash strapped gotta find my way home
Hard times scrape myself from of the floor
Need some money to put my mind at ease
and be a rich man for a day
Track Name: Dim in Your Arms
Momma I'm lonely
But I'm keeping busy
This town's gonna eat me alive
This town's gonna keep me alive

A quiet old City
and the women are all so pretty
But home is always on the back of my mind
Track Name: Ghost
When I was a boy, many years ago
I lived in a home, haunted by a ghost

Late at night, I would roam the halls
I would walk, walk with my ghost

Haunted by a shepherd, leads me on the path
Distant fingertips, pressing on my back

What is it you're doing here? and when will you be done?
Your hands have pushed me this far to the darkness of the sun

Where has your mother been?
You saw her in the washroom, resting on a knife
Bleeding in the night.

When I was a boy, many years ago
I lived in a home, haunted by a ghost

What is it you're doing here? and when will you be done?
Your hands have pushed me this far
To the darkness of the son.

Grab the rope, hang on by a thread
You're remembering now, where your family's been
You took the knife and turned it in her side
and your father left you and her behind

When I was a boy, many years ago
I lived in a home, broken by a ghost
Track Name: Lead in My Veins
I was a boy, I am a man
I was a sinner, Lord knows I'm no saint
For all that I was, there's two hundred things I aint

Strip me down to the lead in my veins.

I was a sailor, I have no ship
I was a drunk, barstool at my hip
For all that I was, there's two hundred things I aint

Strip me down to the lead in my veins

Turn down the lights, draw the shades down low
Turn on sweet music, you know just where that goes
For all that I was, there's two hundred and fifty shades of grey

Sometimes you are alone, in an empty house, no lights in the room
But you're never truly alone, the world is just waiting for you

I have had my fair share of picking all the pieces off the floor
It's moments like that in your life, when you're left to fight your own wars

It's not just me, it's not just you
We all have our struggles we're going through.
Track Name: Farmer's Sun
There was a man with a gun in his hand asking questions
What does it mean, does my life have a purpose?
and the moments roll by as his memory fades away
in a world so much bigger than you, it's hard to relate

A distant young woman stands stolid by the kitchen door
Her seafaring husband lays lonely on the ocean floor
The moments flash by like the shutter of a camera's eye
A loved one is lost, not forgotten, till the other one dies

A boy sits alone on his porch, searching for his best friend
Who gnawed on the ropes when his family didn't let him in
The moments slow down when a loved one has lost their way
Putting up flyers may that boy find his friend some day

There was a man with a gun in his hand asking questions
What does it mean, does my life have a purpose?

A man sits alone on the sidewalk of a busy street
Subtle with motion as the world moved around his feet
The sun his companion in an otherwise lonely life
His purpose was the beauty, little moments, sewn in time.
Track Name: Alive
I cut myself open, bleed out each drop
I'd burn out my eyes just to share in your sun
My smile though pained is a guide when I'm lost
I will hold on to hope till all hope is lost

I see you grow distant, your dreams out of sight
I will lay there beside you toss and turn in the night
I keep on thinking what could I do right?
We're an old faded picture in that frame placed bedside

Drag me through fire coals under my feet
Let's walk hand and hand till we're both buried deep
Your heart is an ocean, my love is the sea
Your lips are the sirens, your rocks beckon me

Went down to the alley for a handle of gin
Old woman 'hind the counter, looking tired and thin
Said how you doin honey, and where you been?
Well I'm not one for talking, so the hell with it

Took a train down to Boston, to bury my kin
Old woman sat beside me with her hand in his
Said love brought them together, god kept em that way
But I'm not one for loving, so the hell with it

Went down to the river to cleanse my sins
Old man in the collar, with a crooked old grin
Said god's gonna save you, if you dive right in
But I don't want my head wet, so the hell with him

Bandcamp Daily  your guide to the world of Bandcamp

Featuring Gary Bartz, 5 years of Rhythm Section Intl and an LP of the week by Nicolas Jaar